Hey everybody, Danny here again to step away from the soap box and go back to looking at formations that maybe you don’t see, and today, I’m going to look at one of the new hotness to come out from Gathering Storm II.

The Warlocks in the Conclave must have jetbikes

Acolytes of Ynnead: If a unit from this formation destroys an enemy unit or is itself destroyed, your Warlock conclave generates an extra Warp Charge point next psychic phase.

The Net is Cast: The formation must start in reserve and comes in together with single roll, which you get to re-roll.  When this formation arrives from reserve, each unit must enter from a different table edge (including your opponent’s side).

So, do you like elves on bikes? Well this formation gives them to all, all 3 flavors of the GW recognized elves (poor Corsairs and poor, poor Exodites).  This formation also lets you generate some extra Warp Charge by either killing stuff  (scatbikes) or dying (Reavers).  The real sweetness is being able to come in from all four sides of the board, so you are pretty much guaranteed to fluster an opponent as you get to put your bikes wherever they need to go. Being able to re-roll the reserve dice for them all isn’t bad at all, especially since it just re-roll, so you can try and delay these units until Turn 3 or 4 if your luck holds. 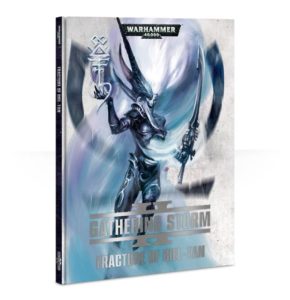 Wow, so that seems good.

With Skyweavers, you get some decent utility as with Zephyr Glaives, they are S5 and AP2 on the charge with 4 attacks each and a 5++, and a once per game 4++ in the shooting phase.  This makes them the best melee unit this formation can bring. You can also just let them have their Star-Bolas for a one-shot S6 AP2 blast.  Bringing them in right from your opponent’s backfield lets them use those Star-Bolas pretty damn effectively for sniping out a key backfield unit or massacring any 2+ save units.  Skyweavers also come stock with a Shuriken Cannon, so that is a lot of S6 shooting in the back or you can give them Haywire cannons for anti-armor tech, which still a S4 blast that can add up against larger units.

Obviously, we all know what Wind Riders do, also known as Scatbikes.  Even just a small squad of 3 with the usual 3 Scatter-Lasers is 12 S6 shots into the side or rear of a vehicle, and with a unit size of 10, you can feasibly bring in 40 shots at S6 wherever you need it. That may be a little excessive, but 40 S6 shots is likely going to earn your Warlock conclave some extra Warp Charge. 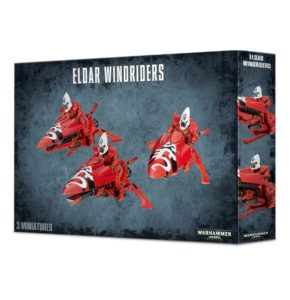 The Warlock Conclave also brings some more trickery, and while Runes of Battle isn’t the best psychic discipline, it has a lot of utility as it is all buffs and debuffs, so you get some maneuverability.  You can also take Santic and fish for the Vortex power or even Hammerhand or Sanctuary. With Singing Spears, the Warlock Conclave is distinct threat as a bunch of S9 shots can wreak havoc and then Armourbane/Fleshbane in combat isn’t bad at all, especially with Hammerhand for S5 Armourbane at I5.  The Conclave isn’t going to kill any dedicated combat unit, but it can scare a lot of units, especially appearing just about anywhere.

The Reavers can fulfill a few roles.  You can run them dirt cheap as essentially a suicide unit to charge the front, die and generate an extra Warp Charge as well as maybe trigger a Soul Burst from another unit nearby.  You could also try to go with a distinct melee threat as with Bladevanes and Cluster Caltrops, you pump out some decent Hammer of Wrath attacks that are also rending.  You could also try to bring a few Heat Lances and try to get a sweet side or rear shot with S6 AP1 lance and melta shots.  That can really ruin a Knight’s day or any other vehicle for the most part.  You could also bring a Blaster or two and just go with a solid S8 AP2 Lance shot. 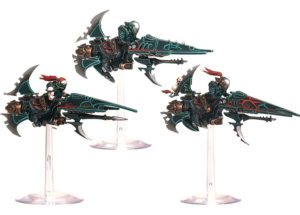 So yah, obviously Scatbikes are amazing, but the others have a lot of utility, especially when you consider that you get to choose from which table edge these guys appear.  That’s truly the secret sauce as being able to decide where you are putting these units, including into your opponent’s backfield gives this formation a lot of flexibility that can absolutely befuddle an opponent.

Well, hold on there, voice-in-my-head/sub-heading/strawman.  This is a good formation, but it has a few distinct issues that can be exploited. 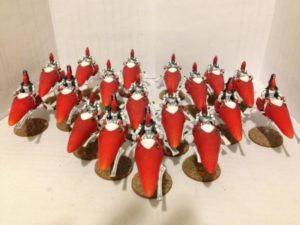 First, cost:  If you want to invest into this formation, you are going to be spending a lot of points. While you can slot it in very cheaply at just about 300 points for 3 scatbikes, a warlock with a singing spear, a 3-elf reaver squad with a heat lance, and 2 skyweavers with star-bolas, the reality is that running this formation cheap does not really exploit what makes it strong, the ability to show up from a wacky angle and wreak havoc.  At minimum size and strength, these units are easy to kill, so they will show up, do a bit of damage, and then die, which can be useful if you are building around Soul Burst, but it is just feeding bodies to your opponent.  If you want a really robust, scary formation that can really put pressure, you are starting to spend 500+ points, and really, if you go HAM, you are spending almost 1500 points for a max sized unit of each.  That’s an army unto itself (and it loses turn 1, LOL).  Ok, so I don’t recommend taking max of everything, but it is very easy to go crazy and spend a huge chunk of points.

Second, Objective Secured:  This formation has none, and while showing up every which way is fun, you need to be able to play the mission, and without Obsec, it is harder for these fast movers to do the usual Eldar Turbo-boost and win game. Against any army that is packing a lot of Obsec units, these units are going to struggle making the most out of their super out-flanking as unless they can shoot a unit off an objective, they are not going to contest it.  Most players are used to seeing Obsec Wind Riders, so seeing them without it as weird, and I bet most players will make the mistake of thinking that their squad is going to steal or contest an objective late-game. 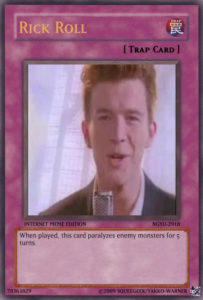 Third, Traps: This formation has a bit of a trap-card hidden in it, namely trying to feed Warp Charges to the Warlock Conclave.  Granted, the wording of the rule doesn’t mean that only the Conclave can use the Warp Charges, so if you are running a psychic heavy army like Seer Council, it can come in handy, but really, the Conclave on its own isn’t likely doing that much.  Unless they roll the D-vortex power from Santic, their psychic phase isn’t scary, and trying to farm extra Warp Charge is an easy way to lose. It is also easy to want to build towards melee with the Starweavers, Reavers, and even the Conclave, but as they cannot charge out of reserve, they need to survive for a turn, and well, that’s not easy for them to do.

Lastly, durability: This formation is not exactly resilient.  The Skyweavers are likely the toughest unit here with 2W and a one-time 4++ in shooting, but you are looking at a lot of T4.  Bolters can easily kill these units.  Elves are not known for being super resilient in general, but still, none of these units are going to really survive any dedicated firepower, so if they don’t pull their weight when they show up, they are going to get erased pretty easily.  This hurts the Reavers and even melee oriented Skyweavers as they can’t charge the turn they come in from reserves, so they have to survive a turn of attention before being able to get in there, which is why this formation is probably best suited to shooting threats. 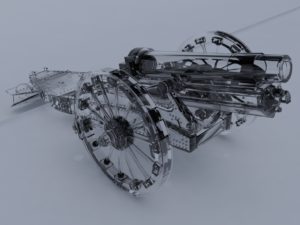 So overall, there is a lot cool in this formation, and I think in the hands of a savvy general, it can really flummox an opponent, but it is a bit glass-cannony.  Thanks as always for reading, thanks for saying Hi at LVO if you did, and thanks for checking out that Patreon.