Hey Hey all, this is Danny, and today I will be discussing a topic on my brain lately: Age of Sigmar.

I’ve been putting a lot more horsepower into AoS over the past few weeks simply because there has been so much change, namely the General’s Handbook, and with a newborn at home, I’m pretty locked in place, so I am not getting my weekly trips to my FLGS. I recently bridged these two seemingly contradictory elements by exploring a question: Is Age of Sigmar easy to learn for gamer-newbies?

From surfing the web, reading various think pieces and forum postings, the general view of AoS is that it is for kids and newbies, a system that is A: easy to learn but B: lacks any real depth. From my own ponderings of the game, I found A to be true but B not so, specifically that the game can be quite tactical in application. I realistically don’t have the time to play enough to really gather evidence for B, and on my own, I can’t test A myself because I’ve played games for so long, I understand the logic of rules and game design. Thankfully, due to the patience of my wife, I do have another means to test A. 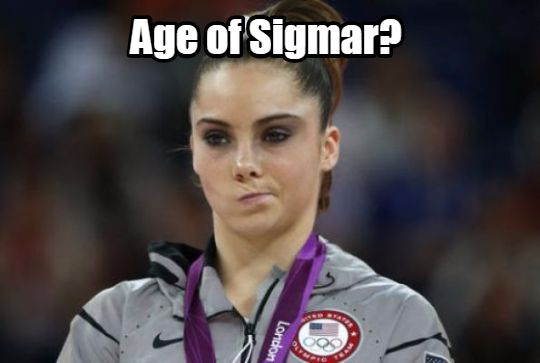 My wife was game to be a guinea pig for all of this. She is a gamer but not a miniatures gamer. Referring back to my pyramid theory, she is solidly in the board gamer category with a few expeditions into RPGs. She plays mobile games, video games, board games, and has played DnD 4th Ed with me as well as the Iron Kingdoms RPG. She’s even had great fun playing Silver Tower and to a lesser extent, Deathwatch Overkill, and she has even built and painted models.

She has never expressed any real interest in miniatures games as the rules are too complex, and there isn’t a huge attraction to many of the aesthetics, so she has no real experience with playing a miniatures wargame. She is definitely not a total newbie to game mechanics, but she is a newbie to mini gaming, so she makes a fair test subject in that tabletop wargaming is pretty foreign to her. Yes, she is an intelligent, educated adult, so if the game seems easy as pie to learn, that could bias the result, but then if it wasn’t, then it adds some weight to the idea that the game itself is not as designed for children/newbies as generally believed.

The experiment here was simple: I gave her my iPad with the Age of Sigmar app and had her read the rules. If the game is really so easy to learn, then simply picking up the rules and giving them a read should be enough to teach her the game. I did not help her sift through the rules or answer questions, but I did record the questions she asked. She gave me her initial feelings and level of comfort with being able to play the game, and then I answered her questions along with showing her a sample Warscroll and a section of a Battletome. After that, I asked her level of comfort again.

Her initial response was: “I don’t think I could play a game right now and do it right”.

Her biggest sticking points were mostly the transition from board games where you typically control individual models to working with units and the attack sequence with units. Her specific questions are below.

Do you have to have the same amount of units? How is it fair if I have more things than you?

What is a Warscroll? What does it look like?

How many models make up a unit? Can units be split up? Are they individuals or do they act like one thing?

Does terrain have to be random? Do you need terrain?

You don’t measure from the base? Why?

What stops you from just summoning a bunch of stuff if you can?

Where do you find information about Realms? Why would you use them? What kind of rules do they have?

Battleshock says models, but what happens with a model has more than 1 wound?

Response after questions answered along with some additional material: 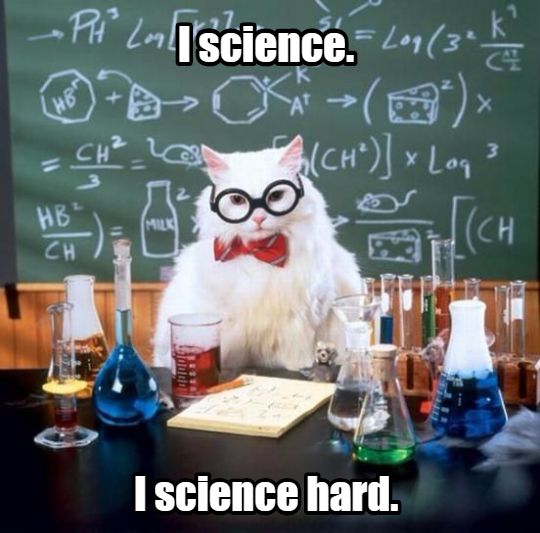 In my not at all scientific opinion, I think the idea that AoS is easy to learn is true but with some caveats. My wife did not feel comfortable with the rules when left to her own devices, but she did become much more comfortable after being walked through the rules with assistance from a veteran gamer. One of the reasons why this was difficult for her was that the rules are condensed into 4 pages with only scant visual imagery, and clearly the designers felt economy of space was more important than clarity. Once she saw a warscroll, it made more sense, and when she saw the usual “How to Use this book” portion of a battletome, the rules made much more sense to her. When I gave her a hypothetical combat between three ogres and 20 skeletons, attacking, rend, and battleshock were much clearer. In short, part of the barrier to comfort with the rules from the 4 page rules sheet is that it does not have the best UX design.

That said, after some additional materials and the chance to have questions answered, her confidence definitely grew, and there was even some interest in trying if she could find models she liked. This certainly gives support to the idea that AoS is easy to learn, and I think this is true to some extent, namely that it is easy to learn if the person has an experienced guide. This is not a bad thing as the ease of play factor to a game can be a powerful selling point.

Of course, I didn’t get into Matched Play (except to answer about balance and bases), but I do find it funny that she immediately identified that a balancing mechanic is expected, using a standardized method of measuring models and their location in space is expected (bases), and that infinite summoning is wildly game-breaking. 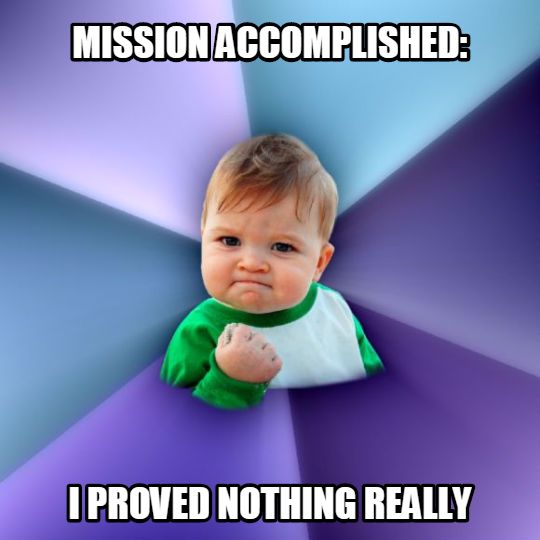 Overall, I say my experiment proved to provide some interesting data: namely that AoS can be learned in under an hour if the learner has a guide, and that even to a totally novice miniature gamer, AoS’ decisions to ignore certain gaming conventions like balancing mechanisms was pause for thought.

So, is AoS easy to learn? I would say yes (with a guide), and I’d also say GW should rethink their design for the 4 page rules insert, namely expanding to (gasp) five pages to include a bit of visual aids such as an example of movement, combat, and a sample warscroll with annotations.

Also, this is what happens to you when you’re stuck with an infant all day.