Hey everyone, Danny here with his usual Wednesday goodness, and today, I cover a Faction I have yet to give my usual super-critical eye to for this series, The Tau Empire!  Let’s take a look at a formation that you could see one day, and no, not the ever-present Riptide Wing. 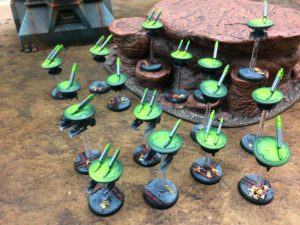 4+ units of Drones (of any variety)

Collective Targeting Data: So long as at least two units from this formation are on the board, all drones (even those not in this formation) are +1 BS.

Great AI in the Sky, that is a lot of special rules that turn Drones from support pieces to absolute badass support pieces.  You get a big uptick in protection with Jink, some tactical flexibility with Outflank and Split Fire, and some overall combo-goodness with Interceptor and Split Fire.  Just wow. 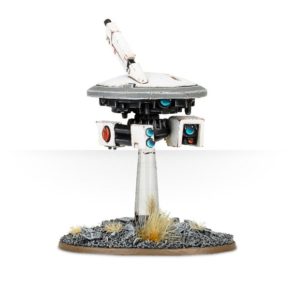 Yes, in a standard CAD, Tetras are a great source of Markerlights for Tau, but the Drone-Net provides some huge increase in utility for your standard drone.

Let’s focus on what this primarily used for: Markerlights.  Markerlight Drones are suddenly BS3 on their own, so a minimum squad nets you 2 hits on average dice.  That’s already great.  With Jink, they are not so easily killed as now it takes much more dedicated firepower to actually kill them, and this is critical as for pure Tau lists, a lot of their punch comes from Markerlight-combo’d hits, and savvy opponents will try to end them early. Having Outflank means that instead of deep-striking, you can have the Drones wander in the from the sides to hit those units that are hiding in the backfield.  With Split Fire and a Drone-Commander, you can suddenly have 6 drones firing at BS6 able to spread the love around to several units.

The big deal is Interceptor as Tau are the kings of it, but without Markerlight support, a lot of tougher units were able to drop in and survive the hit, especially if they had decent cover saves. Now, if you try to surprise a Tau army with a Drone-Net, the drones can intercept, put a few markerlight hits on, and suddenly, those units coming in are getting obliterated.  This formation absolutely gives huge alpha strike defense for Tau as they can make use of Markerlights on YOUR turn rather than just theirs. 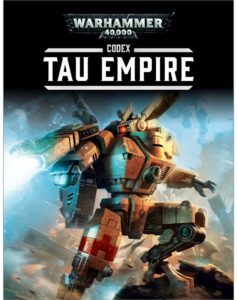 The other obvious combo is with the Piranha Fire-Wing formation that lets you start creating hordes of drones, and all of these drones are suddenly BS3.  While the humble Gun-Drone is not all that scary, S5 is not to be ignored, especially when you can start generating 8+ drones every other turn.  The GW nerf to Fire-Wing and Drones jinking/going to ground may have toned down this formation, but it is still money, especially in the hands of a patience general who knows exactly how to get mileage out of it.  The ability for Tau to essentially build themselves as a total Drop Pod, alpha-strike denial army is great for the meta, and while Tau still have problems dealing with psychic Deathstars, the GW FAQ does specify that Invisibility units can be affected by Markerlights as they can be used to boost the BS of Snap Shots.

Ok, so why don’t you see this more? 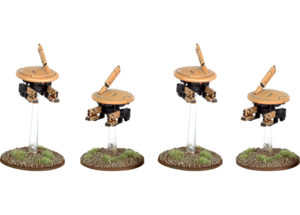 Well, I think with the new GW FAQs, you will see people starting to catch on to how important this formation is to a competitive Tau list.  Most people also take Tau for Riptide Wing, which is insanely good, and Riptide Wing can function without Markerlights.   Once people get savvy to the changes of the GW FAQ, you may well see this formation come back into vogue.

But what’s its weakness?  Well, the same weakness that Drones have always had: small unit size on a Necron stat-line without layered defense.  A drone is only T4 and with a 4+ armor save (and now Jink), but massed bolter fire will still bring them down quite quickly.  While Jink can help save them from high quality shots like plasma, melta, or even Battle-Cannons, they are still vulnerable to anything that pumps out a lot of shots.  At best, they only save half of wounds, and with T4, it is not hard to wound them.   A good Tau player will protect his/her Markerlight drones, but with only a standard range on their guns, they need to move forward.  At 14 points a model, this gets pricey, so if a Tau player brings dozens of these little guys, they are investing a lot of points into support pieces.

Tau are also point-thirsty: they have a lot of cool, big, shiny, stompy robots, but they get expensive quick, and so there is a delicate balance in list building, and a lot of players get it wrong. Too often, players with err too much one way or the other, either taking just a minimum of drone support that is easy to snipe out or far too much that cuts down on how many actual damage dealers are on the board.  When playing against this formation, you need to prioritize well: if they have very few drones, target those immediately.  If they have a ton but only a few heavy hitters, target them immediately.  You need to sit back and look at the situation. 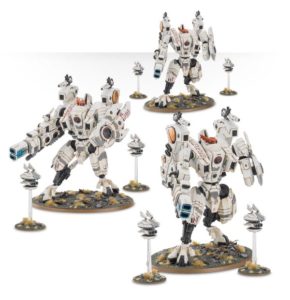 Because they are Tau, drones are terrible in CC, so go get em.  Other basic troops hit them on 3s for the most part, and it is unlikely you’ll see a big squad, so even a unit of Scouts has the odds in their favor.  Getting to them is not always easy as charging Tau is much easier done in theory than practice, but it is something to keep in mind.  With LD 7, Drones are also super vulnerable to Psychic Scream/Shriek, and again, because Tau, there is no real psychic defense here, so if you have even just a few of them, they can start to wreak havoc.

Well there you are.  Drones for the win! This is a great formation to bring a pure Tau list into a competitive format, and if you want to be friendly about it, use Gun Drones instead.  Of course, you can help us fight against the inevitable AI uprising of drones by checking out our Patreon Page.