Danny here, and as I am on baby-watch, I can’t write too much about my game experiences, but I can wax poetic like a mofo! So if you hate the following, don’t blame Trav or Adam.

It is hard to argue against that we are in a renaissance of sorts, an explosion of talent, tools, and opportunities that were unimaginable even 5 years ago.

What am I babbling about? The rise of gamer culture into the mainstream. Hell, you can make a living as a professional video game player now, and some universities are starting to field intercollegiate e-sport teams. This is the best time around to be a gamer, and there are a lot of us. A lot of us, but minis are overshadowed by digital and mobile gaming. The number of gamers has skyrocketed in the last decade, but a good chunk of them are mobile gamers. 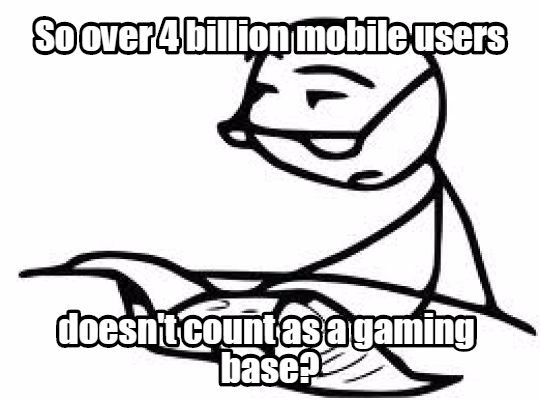 I am going to use the pyramid in a weird sort of representation to this. If we look at the concept of gamer, we see some distinct levels of the pyramid appear, and well, there are crossovers, but these crossovers do not tend to jump levels up easily. If you are at the top of the pyramid, chances are you dabble (or go full hog) into the levels below you, but it is not as likely that you move up the pyramid.  Of course, people do dabble, but most of us have a specific focus in which we can be grouped. 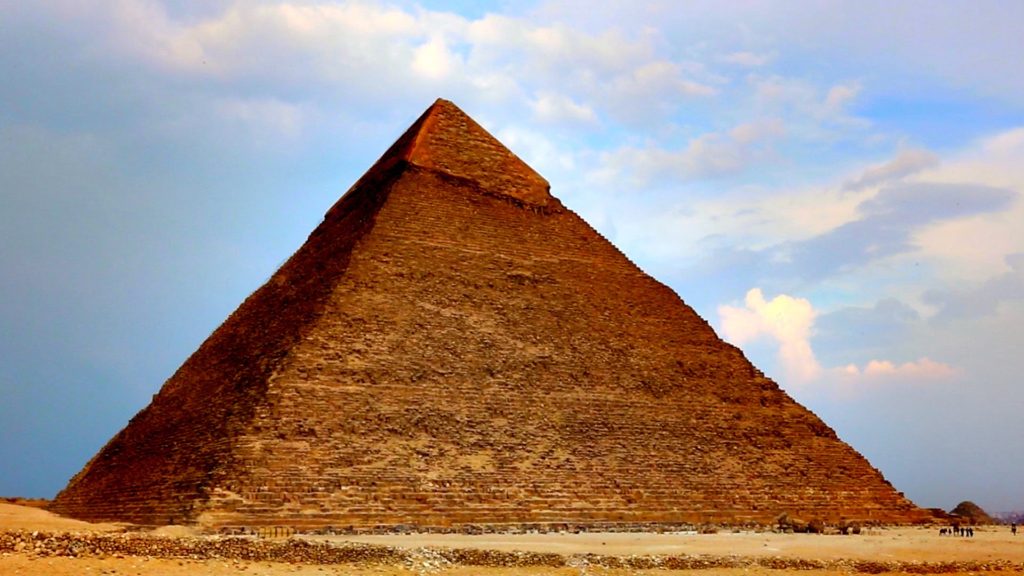 The base of the pyramid is mobile. This is the most popular form of gaming in the world now as so many people have smart phones and so many games are free. Even your average BroManDude who rekts Geeks and Dweebs likely has a mobile game or three on his phone while the most stereotypical Mean Girls wannabe has some game there (nothing else explains why the Kim Kardashian game makes millions off dollars besides the obvious pact with Satan). Above mobile, we have video gamers, and again, they make up a good chunk of gamers and there is definite cross-over between mobile and video gamers. How many of us analog gamers also play video games and/or mobile games? I know I do. We have even seen with Halo that developers are trying to take popular IPs and put them into the analog world. As phones are more ubiquitous than consoles, there are more mobile gamers, but there are still a metric crapton of video gamers. 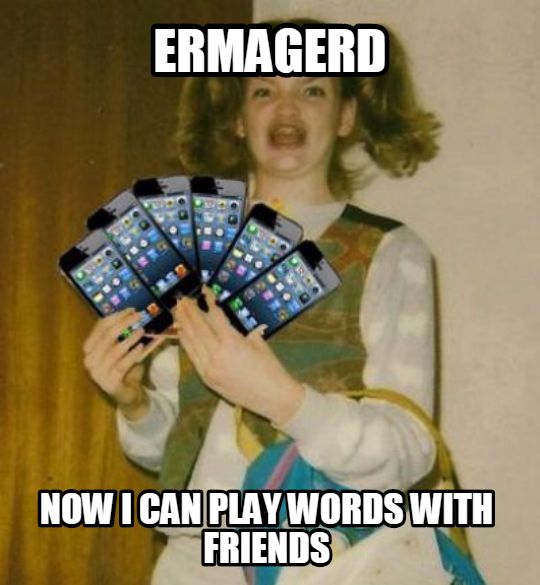 After video games, we get board gamers and the analog world. This is where things start to shrink rapidly, and while Kickstarter has allowed us to have a huge variety of new analog games, I don’t think you can compare the numbers between digital gamers and analog gamers. Most of us played board games as kids, but then, this is not necessarily true for the younger generations. Again, cross-over is common, but I’d wager that the crossover is much rarer from board gamer to mobile gamer than video gamers to mobile gamer or even board gamer to video gamer. While most dedicated board gamers are likely playing video games or mobile games, I doubt many primarily mobile gamers turn into consistent board gamers. After this, we have Card Gamers, whether it be Pokemon, Magic, or Yugi-Oh. Again, plenty of these players also play board games, mobile games, and video games, but not as many transition up to the next level of the pyramid. 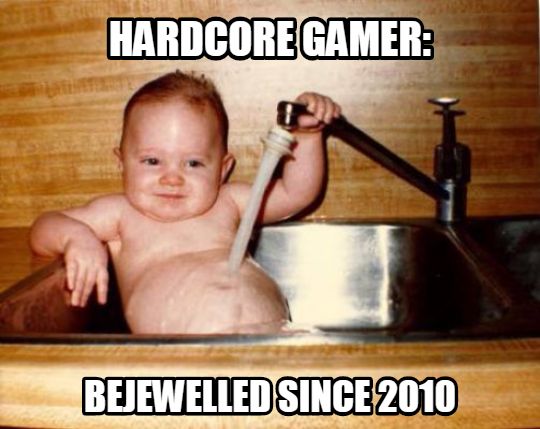 Next, we have RPGs and tabletop roleplaying games. These have been around forever, and again, most RPGers I know also play board games and also play video games/mobile games, but I doubt one in ten mobile gamers players a tabletop RPG. Finally, the smallest slice of the pyramid is the top, mini’s gamers. We’ve seen some real growth with games like X-Wing (although you can definitely make a reasoned argument that X-wing is closer to a board game than a true mini’s game), and the whole pyramid is getting bigger, but I do not think the top is getting proportionately bigger (I’d wager it might be shrinking). 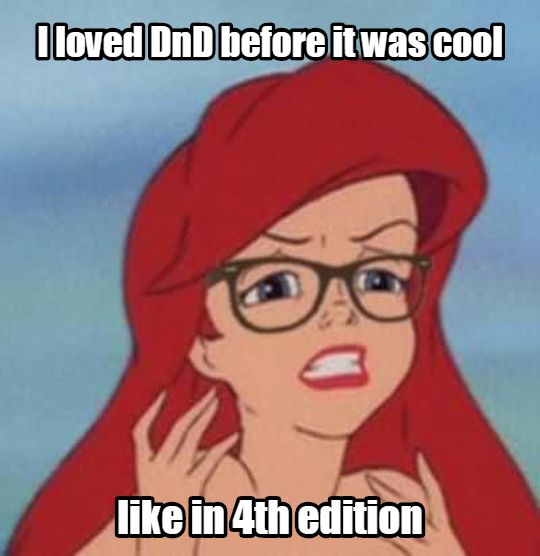 Why? Well, those born after the millennium will likely have their first gaming experiences be mobile, so gone for the most will be the days of cutting your teeth on Candyland, Shoots and Ladders, or even Monopoly. Heck, most late 80s to 90s kids probably grew up on console games more than board games. Too few people who start in the mobile world ever make it to the analog world of miniatures games. Yes, some are filtering into board games and RPGs, but are they making the big jump? Why should they? How do you convince a 15 year old kid that grew up playing Angry Birds and Fruit Ninja why they should take an hour to build a model before even getting to play with it? Why did a game like Golem Arcana (an attempt to bring the digital into the analog) fail?

The problem is that most people are introduced to gaming via digital means, and while I love my digital games, they are missing out on something singular.  Quite simply: Analog games offer something that video games struggle to provide: meaningful social interaction and tactile-driven accomplishment. 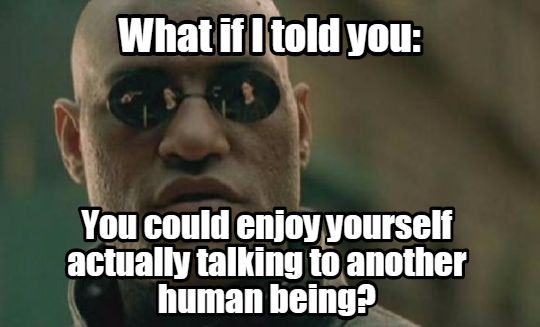 Can you make friends and fall in love playing WoW? You sure can! But hearing someone’s voice, talking to them through a screen, and all the usual necessities of turning a digital game into a social experiences creates barriers, and I’d argue that we still inherently understand and acknowledge these barriers. What does this mean? When we talk and laugh with another human who is physically sharing our space, we gain far more out of that then the same talk and laugh over a mic. You can have your character emote a high five, but that is not actually high-fiving someone. We can play against our friends from our phones, but are we actually connecting? Humans are social creatures; it’s part of what we are, and while social digital gaming is a real thing with real power, it cannot achieve the same level of basic fulfillment as socializing with another person in actual person rather than by proxy. Being an analog gamer, whether that’s board games, card games, RPGs, or miniature gaming, offers a level of social interaction that digital games have yet to replicate (although the explosive rise of Pokemon Go suggests that they are getting closer with enhanced reality games). You have to see the person, read their body language, listen to their voice, and share in the same moment in reality together, not connecting digitally from separate bubbles. Any analog gamer should be able to recount great times of dumb jokes and hearty laughs from a night of gaming. I’ve raided in WoW and in Destiny, and even with real life friends, I’d rather have spent my time playing DnD or 40k with them because I remember those moments much more and with a more profound sense of community. 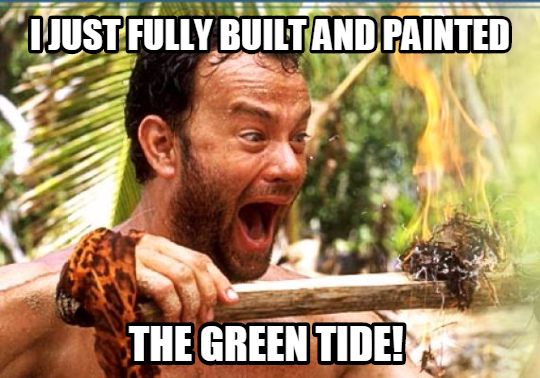 The hell does that mean? Simply, when you win a trophy on XboX, yay. But when you can sit and look at the board you’ve built, moving models by hand, gathering tokens by hand, there is a certain level of satisfaction that comes because you physically made it happen. We live in a world where a good chunk of gamers don’t have easy access to simply making things. I don’t make anything at work, and if you are in a retail job, chances are you just facilitate the sale of products to others. But when you paint a mini, build a full board with all the pieces and then move those pieces, or help build an elaborate city with cards, you have the physical sensation of making something, and again, a digital game doesn’t give the same enjoyment. While you may spend hours, weeks, or months crafting the rarest equipment set in an MMO or catching all those damn Pokemon, they are just lines of code that you cannot really hold, display on a wall, or even pass down to a future gamer. We live in a world where we are increasingly removed from the physical construction of reality. We don’t know how things work, we don’t make things work, and we mostly rely on unseen and poorly understood systems to keep everything in place. This runs counter to our entire programming as we are built to create. Humans need to physically manipulate the world around us as much as we need to be around other people, and analog gaming provides some actual fulfillment of that desire. I can play a video game and be proud of my progression, but it pales in comparison to the sense of accomplishment and pride that I feel when I finish painting an army or playing a well-fought game.

So with this in mind, why go analog in the age of digital? Because analog will provide experiences that cannot be generated by the digital. Analog brings people together, and well, games are great when they can be solo affairs, but what makes so many games wonderful is that they allow us to spend time with people, especially if we can spend that time with people whom we love. If you go to a large gaming convention like LVO or even a well-attended local RTT, there is a genuine sense of appreciation for the people there, even if the only thing that bonds you together in this analog hobby, and that is something meaningful and irreplaceable. I can laugh, joke, and share a beer with a person with whom we have nothing else in common, and if we were just facebook friends, we’d probably unfollow each other for our political differences, but instead of being strangers (or even enemies), we can bond over our hobby. I’ve seen parents teach their children to enjoy analog, and even inherit models, armies, or games that simply isn’t the same as handing someone the pass code to your phone or the password to your WoW account.  Analog gaming allows us to be real, flesh and blood humans together.

Yes, that’s super squishy, but true in a real sense. Also, there is a certain enjoyment of watching someone get owned in person rather than just over a mic. Whatever works for you.

The 5 Eldar Units You’re Not Allowed To Use