Danny (Lemurking) here, and well, I love making army lists, and most of the time, they sit on my phone and never see the light of day.  I make maybe 5 new lists a day (10 when I have meetings), but again, they are more thought experiments, and like many experiments, most are destined to reveal nothing of importance. 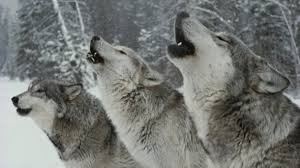 When Warzone: Fenris came out and I saw all the new formations for Space Wolves, something reached deep inside and touched a special part of me: Jank.  I love a weird army list, especially when it revolves around an odd concept that probably won’t work, but when it does, boy-howdy does it catch people off-guard.

So without further ado, here is my Wolf-Tide list for ITC 1850:

So, what does this list do? It turns the 5 units of wolves into one deathstar.  Here’s how it works: 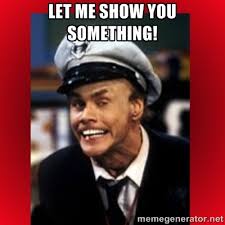 Thanks to the Wolf-Kin formation, my 50 wolves can join together into a single unit, and as long as 20 or more are alive, they get +1 attack, making them 3 attacks base.  You also get Monster Hunter, which makes the dogs quite a threat to Riptides, Stormsurges, and any Monstrous Creature or Gargantuan Monstrous Creature that isn’t T8.   That’s just the wolves.

By adding in Draigo, you guarantee Hammerhand (+2 strength) as well as Gate of Infinity for quick escapes if the unit is starting to get blended in close combat (risky, but it is the last minute eject button).  Draigo also swings like a beast and can tank challenges.

The two GK librarians are there to roll for Sanctuary, granting my dogs +1 to their invulnerable save, giving Draigo a 2++ but more importantly, giving the wolves themselves an invulnerable save.  If they also happen to roll the D-vortex power, well, I am not going to say no to that.

The Dark Angels give me another librarian to throw in who lets me roll on telepathy for a 33% chance of getting Invisibility, but hell, if the primaris alone gives me another weapon in the arsenal.  The chaplain walks in the back, giving my unit zealot for that sweet, sweet reroll in the first turn of combat.  Lastly, Azrael offers two huge things to this beast: a 4+ invulnerable save (3++ with Sanctuary) for the ENTIRE unit, and he can choose one of three brilliant warlord traits:  +3 inches to charges (which gives me some real speed), Furious Charge (so now my dogs are strength 5 on the charge and can natively threaten a Wraithknight), or Feel No Pain when within 3 of an objective (if I am going against a very, very shooting army where I need to guarantee that my dogs don’t die, this is gold. As the unit’s footprint is so big, it is not hard to be near an objective). 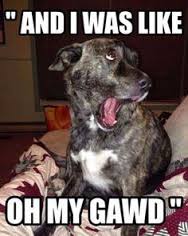 So, the unit (when firing on all cylinders and charging) pumps out the following stupidity:

The Hammer-Librarian will give 3 attacks at str 10, AP 2 at WS 5/initiative 1

All of these attacks reroll to hit on the first round of combat, and the dogs reroll to wound against MCs and GMCs.   Granted, I will never get all of these attacks at once as the unit is too massive to be able to get everyone into combat, and because some of my characters are walking, I have to daisy-chain the dogs to keep coherency; however, there is still a lot of beef in a unit that has a strong save and a lot of bodies to absorb any damage.

Against a Stormsurge, I just need about 10 pups to make combat on the charge (assuming hammerhand and furious charge are active) to kill it (after hits, wounds, saves, FnP, one wolf generates about .8 wounds).  This is not including if I can get a character into it, and not including the fact that there are 4 force weapons in the unit for juicy Instant Death wounds that ignore Feel No Pain and cause D3 wounds to a GMC.

Again, assuming Hammerhand and Furious Charge, 13 wolves can kill a Knight before it stomps, and if I can get one of the characters that swings at initiative into it? Well then, that’s a dead Knight. 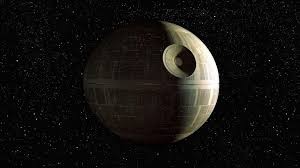 I like that it scales well too.  Right now, it is set up for 1850, but at 1650, I can drop the chaplain to and purifiers to make some room, and it scales up well as at 2000, I can make the other GK Librarian Level 3 with a hammer and add more wolves.  Hell, in an unrestricted environment, I can shift points to get a Blood Angels ally for a chaplain to give the unit Feel No Pain natively, Loth for guaranteed invisibility, or a xenos inquisitor for Rad grenades.

Now, what this army lacks is a lot of obsec as I only have 2 squads to deepstrike in and 2 scouts to either infiltrate or outflank on at a later point.  It is also heavily reliant on a good psychic phase, so if I just whiff a hammerhand or sanctuary roll, then the unit loses a lot of punch or protection.  While I have 6 rolls on Sanctic, there is still a chance I never roll Sanctuary.  While the unit can easily kill a culexus assassin, one will still give me a headache as I spend a turn without my 3++ or without +2 str. It also has all the penalties of terminator armor, and it loses fleet, so there are other builds that utilize thunderwolves and bikers for similar effect, which are faster but a bit less tanky.

This is your typical deathstar list, and it is definitely Superfriends, but it plays quite differently than others.  It is very much akin to a Greentide, a giant blob of death that steamrolls the center of the table, but it has some of the same liabilities, namely that a savvy player can charge its flanks to spread it across the table, and if it ever hits a super tarpit like zombies or a guard blob, without hit and run, it cannot disengage easily (and trying to Gate out of combat is asking to roll a 1 on the Deepstrike mishap table because a unit this size will mishap).

Expect to see a few battle-reports soon featuring Wolf-tide, and give me a comment below to let me know how disgusted you are with me for even trying this list (and yes, I own 50 wolves). 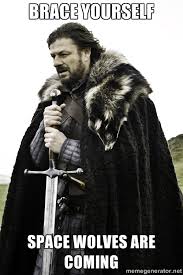