Greetings, citizens! Last week I talked about Fast Attack choices. You can find those here!

This week we’re shifting gears to talk about what I see as some examples of top T’au lists prior to our codex coming out. With all of the recent codices and stratagems other factions have access to, T’au (and other codex-less factions) have to find efficiency in their current index options.

Before I get started, some ground rules!

Oh behind me? 10 more commanders and like a butt load of gun drones

T’au Commander spam is probably one of the first widespread and reasonably successful competitive lists. It’s not hard to reason why either; the sheer points efficiency of T’au commanders, gun drones, and the character rule are a brutal combination. It’s hard to beat a list that you can’t shoot at. In addition, the Crisis/Commander arsenal is quite a nasty set of weapons, and paired with the right support systems, there’s not much that can stand up to them.

I won’t go too much into the composition here. Essentially bringing a considerable amount of commanders, some Crisis (or Hazard) suits,  and stealth teams with drones and homing beacons are key (for getting in close, and for having one deployment become two units via the drones allowing you to have to manta strikes for the price of one.) Some additional cheap chumps and you’ve got yourself a list.

Pros: Very hard to kill the commanders with good positioning, and a chance to wreak a lot of havoc on the drop, potentially crippling the army or resolve of your foe.

Cons: Somewhat hard to pilot, and will get destroyed by other character spam lists that are more terrifying (malefic lords….*shudder*) or going first against beta strike lists (such as GSC and Tyranids) 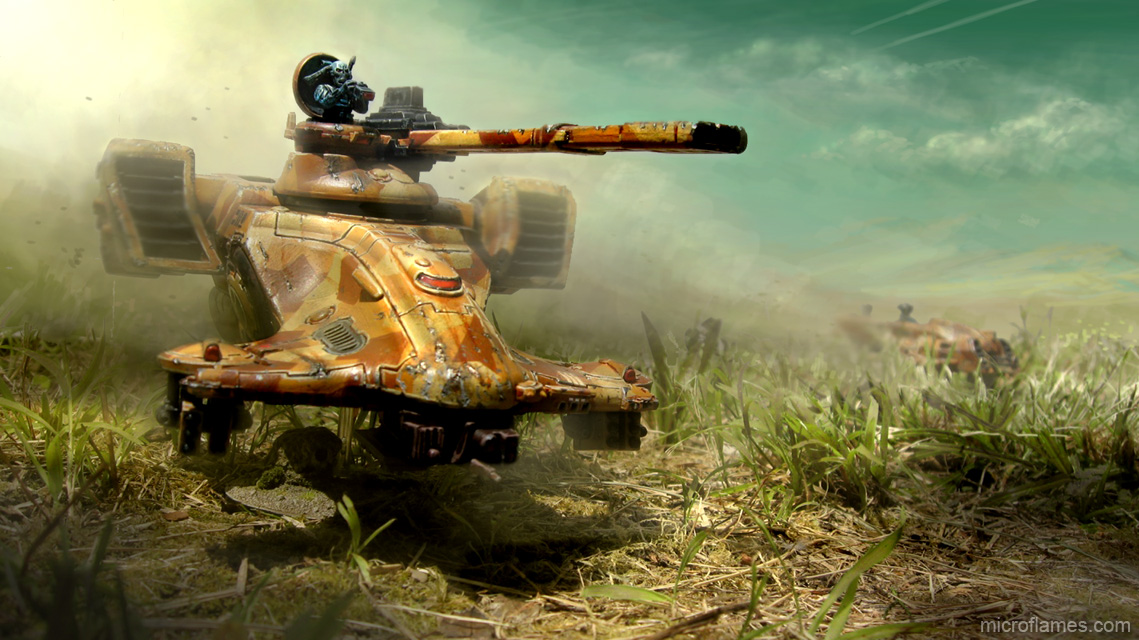 Hammerheads: they either roll 6’s or 1’s, and the occasional 4

There is nothing quite so terrifying as seeing 5/6 Hammerheads forming up a gunline against you.

There is also nothing quite so terrifying as running 5/6 Hammerheads against someone else. 😀

Hammerhead Armored Core (HAC from here on out) is a list that “spams” (for lack of a better term) Hammerheads. By using Longstrike and an on-board T’au Commander, coupled with 4-5 other Hammerheads, it is one nasty first turn annihilator. Auxiliary elements include two pathfinder teams, two other deep striking commanders, and a Kroot screen to prevent your tanks from getting rush.

Based on the caption for the image, I already know what you’re thinking: Hammerheads are so hit or miss! They roll a 1 to wound if they haven’t already rolled two 1’s to hit. While the markers can help mitigate misses, and Longstrike provides the buff to their shooting (and himself after the first set of FAQ’s), there’s two key elements about this list that make it shine:

On Longstrike and 5 other Hammerheads, each bringing SMS and seekers, that is 12 mortal wounds you can dish out turn one on a Kauyon almost guaranteed since they are hitting on 2’s and re-rolling misses. That’s one enemy tank down. Additionally, each Hammerhead can target its rail gun at another threat, and wounding on a 6 deals another D3 mortal wounds. That’s another 2-3 tanks down or perhaps 2/3 of a knight. Finally, 40 St5 30″ ignore cover and line of sight missiles are death to a horde based army. The commanders are in reserve to help clean up and take backfield objectives, while the one commander on the board can either Kauyon your way into a nasty first turn of shooting, or Mont’ka your way into a better firing line. Pathfinders are positioned to get marks on that critical unit that needs to die. Taking a Skyray instead of a single hammerhead allows you to have 16 seeker missiles instead of 12, bringing Magnus down to 2 wounds if he doesn’t have a WL trait or a psychic FNP. Then the Skyray becomes a durable marker and SMS platform for your other hammerheads. Did I also mention each tank is T7 with 13 wounds? That’s a lot to chew through.

Cons: Can get overwhelmed by better gunlines that go first (Gulliman/Artillery heavy lists), and can get so utterly betrayed by a bad dice round it shows up on “Top Ten Anime Betrayals”

Before I get into my last list, we need to talk about the Y’Vahra in the room 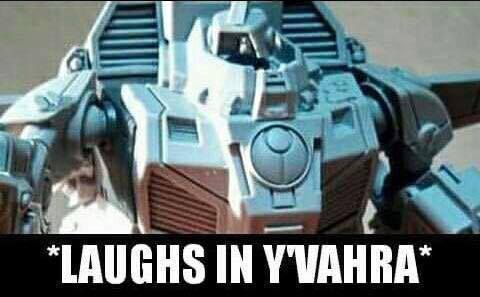 Will this get me more clicks and shares? IS THIS WHAT MAKES YOU HAPPY?!?

There isn’t much to be said about the Y’Vahra that hasn’t already been discussed at length; it is quite a beast. Its flamer can incinerate squads, its other weapon system mocks vehicles, it has a solid movement ratio, and can jump around the board at the cost of a wound. While pricey, the great thing about the Y’Vahra is that you can do one of two things with this model as regards list building:

It is a fairly terrifying (yet costly) model that T’au have access to. Like my advice with all lists though, don’t have your success be contingent on a single model, especially since smart foes will take this sucker down ASAP if they know what’s good for them.

Now, folks, for my last and final list, we have bit of a mixup! Lewis Elmes (@average_elmo_miniatures for those of you with this Imperium tech Instagram App I keep hearing about) recently came in 4th place in the No Retreat V Grand Tournament! I did a somewhat of an impromptu text based interview with him, and would love to share his list as my third recommendation for a competitive contender!

And since I have the honor of writing about it first, I give you: 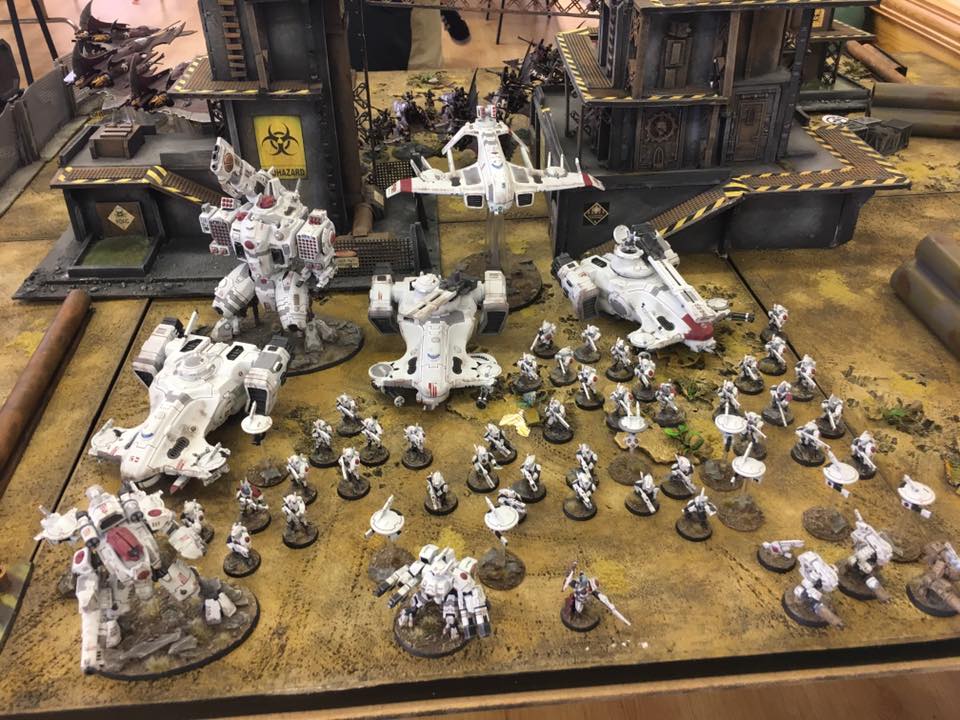 No memes here gang; this is the future of our codex

What really surprised me about this list was its pure balance. While I have advocated that the future of T’au is a Combined Arms approach, it is extremely difficult to pull that off in a tournament. Its much easier to rely on a single set of really nasty tricks and just know what lists that you want to avoid and how to deal with them if you have to.

Instead, Lewis’ approach was quite different than what T’au normally do. While most T’au lists I have seen and played (whether mobile or gunline) rely primarily on the entire army being present together for action, the No Retreat Cadre does something quite different. By splitting his forces into two, he forced his opponents onto two different fronts. The Ghostkheel, Sunshark, Stealth Homing Beacon team, Fusion Commander, and Devilfish o’ Breachers would form the frontline assault, forcing the enemy to engage immediately off the bat. Meanwhile, the Storm Surge, Fire Warrior and Pathfinder teams would engage any enemies close to home base, with the Hammerhead and Longstrike providing far range death.

Depending on the army and the strength of the general, the enemy will have a tough time committing to either front and taking down threats. Meanwhile, each section can combine firepower to take out the true threats.

Pros: This tactic will throw people off, and force opponents to make complex decisions about where to dedicate their resources

Cons: This is a tough list to pilot, and against a hard hitting alpha strike list or an entrenched un-moving list (artillery again) it becomes a lot tougher. Careful planning is required before/during/after every turn, especially if you’re dealing with a highly mobile and very deadly army (such as Harlequins or Dark Eldar).

Tough as it is, it served him well to be sure! And I’d like to thank Lewis for the time he gave to recap his games for me and break down his thought process. By the by, if you happen to need some models painted on a scale of par excellance, be sure to check out his painting service at http://www.jetminiaturespainting.co.uk/. There’s some pretty great work on there, work guaranteed to strike awe into your opponent (before you strike the fear in them!)

Well that’s all the time I got for this week, comrades. Be sure to comment if you feel like I’ve left out anything, and tune in next week as we resume our regularly scheduled programming, where we talk about the Elite choices for T’au 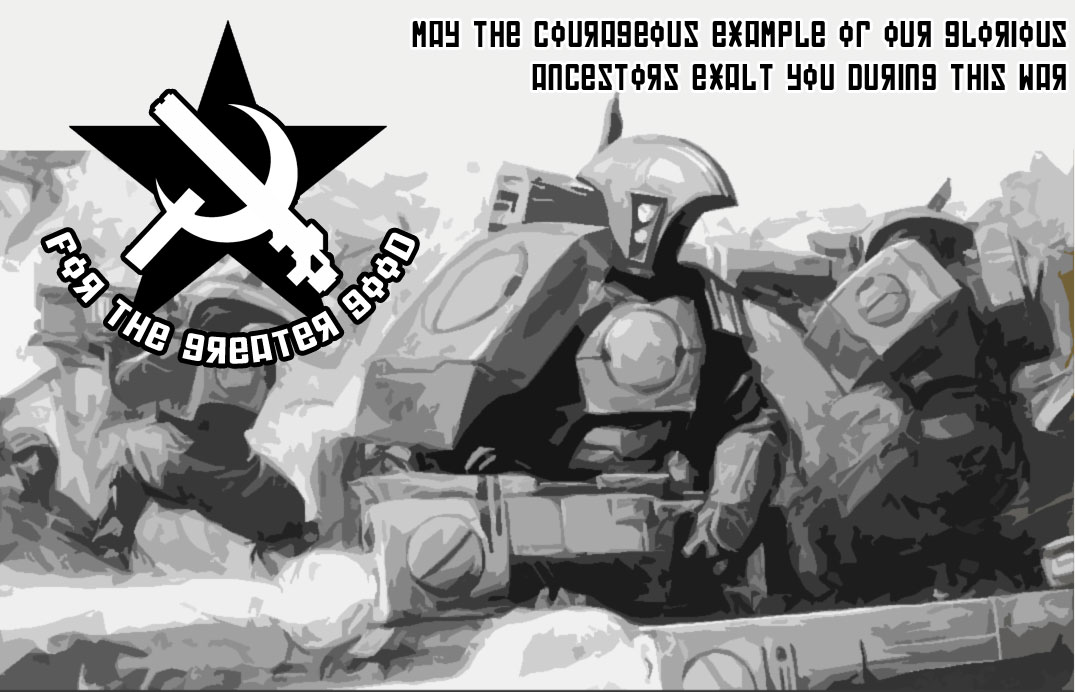