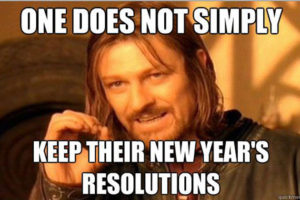 It has been a long time since I worked on an army besides my Silver Marines of Doom. True, I’ve added in components to that army to make them Space Wolves such as a custom Ragnar, Thunderwolf Cavalry, Blood Claws, and I added models to let them be Dark Angels, White Scars, Blood Angels over the years. That’s not really working on a new army though. While I’ve thought about, and even begun buying parts to different armies, the last 2 years, I haven’t ever gotten them going. Astra Militarum, Nurgle Daemons, CSMs, and Eldar all started to a certain extent, but none of them got very far. Much of that has to do with a lack of inspiration; I am usually inspired to do a new army by the rules. If the rules are good, I will want to spend my free time and money on completing an army. The new Traitor Legions book has me excited to actually build not just one, but two new armies in 2017. I don’t think Alpha Legion or Death Guard are going to be the next Eldar, hopefully there won’t be a next Eldar, but I can see them doing well currently and hopefully in 8th as well. 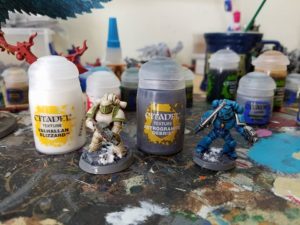 Our local group has suffered in recent years from Campaigns and Leagues that don’t finish. Numerous campaigns and leagues have started, but rarely did they ever finish to any real conclusion. The reasons for this are varied and numerous but without a standard bearer for 40k at our local store anymore, I decided it would be a good time for me to step into a role I used to fill: league coordinator. Once upon a time I worked at Game Empire Pasadena, when I was in college, and my job was to run 40k on Tuesday nights. I had to do all those not so little things thata are vital to the over health of a community: Organize leagues, campaigns, and keep the community engaged. I have already started this goal. Using Facebook, I am organizing a competitive ladder style league. I actually really like the idea of having games reported in a closed group, with a pinned post showing the ladder positions updated weekly. It is easy, transparent, and provides a place to keep the league alive via comments and game recaps etc. Of my 3 goals this one is probably going to be the easiest to achieve. 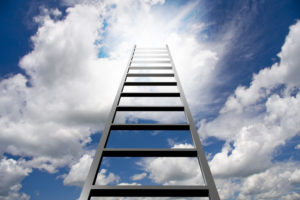 In 2015, I was able to finish in the top 5% of players in the overall rankings. I even held the #2 Space Marine player for a solid month that year. That was the result of a few solid 3-0 showings at local tournaments and two 3-2 finishes in GTs that year. In 2016, I played in a total of 3 tournaments and only one of those was a GT level event. Not really a recipe for success. I know the 2016 season isn’t technically over, but with the LVO as the last big event, my chances of improving my score significantly this year is pretty small as I will be judging at the LVO, not playing in it. This resolution is the one I am most likely to fail at. Unlike the other 2, this goal is heavily influenced by factors outside my control. As an adult who is married, works, and has children, there are times my schedule just doesn’t allow for a lot of tournament play and if you want to do well in the ITC you have to play in events obviously.

Check back into TFG Radio and see how our resolutions progress throughout 2017! Happy New Year! Of course, helping us with that Patreon might make it easier for us to keep our most important resolution: providing the best quality blog and podcast that we can!