Hey everyone, Overwatch here from Capture and Control, and today I will discuss an interesting topic: how we create digital communities and the death of conventional forums.

Once upon a time, the internet forum was the king of online community. They were places for like-minded individuals to come together and discuss topics relevant to their common interests. This was true of the gaming community as it was for various others: hackers, film buffs, music lovers, armchair politicians, you name it. The time of the specific internet forum has passed us by, and this is true in the gaming community just as much as in the wider online world. Why though has this institution, once a pillar of strength to the 40k community specifically, waned in influence? Let’s explore.

The number one reason for the fall of specific internet forums is the social media juggernaut Facebook (other social media as well). Many people hate it, many eschew it for whatever reasons, but it has 1.23 billion users, so it’s influence on the wider net is indisputable. The main thing Facebook contributed to the internet was a “bringing together” of the internet. With so many users and cross platform (app) integration becoming more seamless, it has become the go to for a vast majority of people to communicate, and hence a vast majority of organizations, corporations, and groups use it heavily. Facebook is a simple way to stay in touch with people, organizations, and threads you care about. Their lightning fast (usually) notification system means threads you follow, people you follow, and groups you follow will keep you as up to date as you want to be. The algorithm used by FB based on your viewing, google searches, likes, and shares mean you’ll be updated on your feed about things you (should) care most about.

That type of one click, single scroll access is not available on Forums where staying up on what’s current requires multiple clicks, vast scrolling, and sometimes frustration at removed threads, forums, etc. The Forum of yesterday is clunky and hard to navigate compared to the streamlined, user friendly interface Facebook provides. Think about how easy it is to share a YouTube video of your most recent 40k battle report on Facebook. How easy it is to upload images to an album and share it to all your friends or a select group via a closed FB group. Consider how easy it is to share an article from an outside site, a Tweet, a Pin, or a Meme. Now think about how clunky it can be to do that in a Forum like Dakka. On Facebook, you share via dragging files into the text field or by cutting and pasting a link which FB then automatically sizes and thumbnails for you, or you click one of the various “share” buttons on the outside site. It’s insane how seamless FB has made it to share information on your timeline, friends walls, or in groups and messages. The Forum by comparison seems slow and unfriendly.

A factor with even more impact than ease of use is (in my opinion) the breaking of anonymity as the norm on the internet. Forums use “screen names” like AIM accounts of yesteryear. For some users, these online monikers provided an anonymity shield, allowing for some to let their more aggressive sides out; furthermore, this anonymity creates an environment in which people can throw their weight around on topics they know little about or have any stake in at all. A person could join a forum, make up a name, and start posting hundreds of times a week on topics far and wide. This is fine, but some would use things like post count and name recognition to throw their weight around and argue just because they can. This behavior, while click creating/baiting, is not conducive to legitimate or constructive discussion. One person with an agenda could derail entire conversations on Forums and hide behind their anonymity.

There is an excellent example of this, on DakkaDakka, where a user account exists that doesn’t play in tournaments, and says he won’t because no events meet his strict criteria for what they should be. Yet he would, and sometimes still does, post in Tournament threads with his forceful (yet unsubstantiated) opinions despite having no skin in the game all while hiding behind the Forum rules and the anonymity provided by Dakka and the Forum system. Despite admittedly not going to tournaments, this thread predator would often forcefully derail and/or railroad entire tournament threads for what seems to be his personal pleasure or as an academic exercise in argumentation for himself. So what does this have to do with Facebook?

Facebook is inherently the antithesis of anonymity, except to those of the most dubious nature who can be found out easily enough. When discussing things on Facebook, people can see certain things about you, and at the very least see who your friends are etc. These are often people’s real names or close approximations of them due to Facebooks rules. If you’re arguing with someone on Facebook, it is easier to see that person as being real, and act accordingly. I am not saying discussions remain more civil, although I believe they do, but you know if the person you’re talking to is legit, or not, fairly easily. If “Fuckface McGee” joins the Facebook 40k group you’re a member of and begins to rail against everything the group thinks and has no mutual friends with people in the group and/or is never seen at any events, then it becomes obvious real quick that person isn’t an actual player and admins/members can act accordingly to mitigate, dismiss, or block “Fuckface McGee”. That same type of action is much more difficult on Forums due to the inherent anonymous nature of the Forum system.

Facebook has created a climate in which the anonymous trolling rampant on Forums has become much less tolerable in the eyes of a lot of people. Combine that with the fact that Forums represent the “old net” and newer players have grown up in the “new tech” world of Facegram, Instachats, and Snapbooks, it becomes more and more obvious why the Forum is losing its relevance. With every new generation of users, the internet is molded to meet the new expectations and shed the old. Facebook, Instagram, Snapchat, Whisper, Reddit, or Imgur all update themselves regularly lest they find themselves falling by the wayside. The ease of use of these systems (Reddit excluded perhaps) means that the clunky format of the Forum is stale and old to the newer crops of internet users and miniature players.

In the days of yore, before the dark times, GW had an online Forum it used to interact with the community and facilitate community among its players. As GW made the effort to come back and communicate with us once more, after the deposing of the Evil Emperor Kirby, several steps were taken. An account was created on Dakka by GW that went away fairly quickly given the vitriolic, and unsurprisingly negative response of the Dakka cesspool, I mean community. A few months later, GW reopened their formerly closed FB pages and a few months after that created new ones to address things like FAQs. It’s easy to see why GW would go the Facebook, not the Forum, route for interaction with the community when it decided to open lines of communication with their player base again, much in the same way many other businesses do. Via a Facebook page, or even a group, the admins of the group/page have much more control over what is posted and ultimately who gets to post. The Facebook interface makes it easy to identify and remove, via blocking and ignoring, those posts and posters who are just there to stir the pot. The lack of anonymity also means other people in the group, the person’s friends, will see on the page or their feeds what someone has posted and others’ responses to it. If you’re being an asshole on Facebook, everyone can potentially see it. If I am being an asshole on Dakka, Warseer, GWForums, et al, only people on those Forums can see it; furthermore, only people on those forums that know me IRL have access to my personal info and knowledge of who I am. That doesn’t exist on FB, so companies like GW have a milder climate in which to engage their consumer base(s).

It is also easy to see why more and more players of games, and like-minded individuals, have moved more and more to Facebook to form communities. Whether you’re discussing politics in a group dedicated to Dan Carlin’s Common Sense podcast or discussing Competitive 40k in a group designed for it, the fact you’re discussing openly with known members of your community and mutual friends who have personal info and accounts makes the discussion, normally, more civil. People are less likely to spew vitriol and negativity against people who clearly exist in real life as opposed to spewing it at people whose avatar is a silly gif and whose name is an equally ridiculous play on words etc. Facebook is also in the aforementioned easier-to-use format. But what makes me think the Forums no longer matter? There’s simple evidence.

If you read through Forum threads on things like Rules and Tournaments, there is a great and growing divide between the opinions expressed on Forums and the reality of the game of 40k. There has also been a steep drop off in people contributing to threads on Forums regarding competitive 40k, which is doing better than ever in real life compared to the drastic drop in Forum chatter. Large events like the Las Vegas Open, Adepticon, Bay Area Open, NOVA Open, and others continue to grow year after year. The local Game Empire Pasadena tournaments run by Travis have been growing in attendance to the point that any given tournament day you’re more than likely to find over 30 participants and sometimes closer to 50! Yet the tournament threads on Dakka for GE: Pasadena are hauntingly empty and void of content and posts by users. The Facebook event pages for the tournaments though are alive and well and the preferred use of communication by event attendees and interested parties about event details.

The online Forum has ultimately seen it’s day. Once the shining example of community building and communication, it’s become a clunky single task relic of communication in a world full of social media that allows users to combine all their interests into a single easy to use format. While some may disagree with my sentiments and cling to the anonymity of the online forum, it really is time for those serious about communicating openly about their interests to move on to more open and easy to use forms of social media. 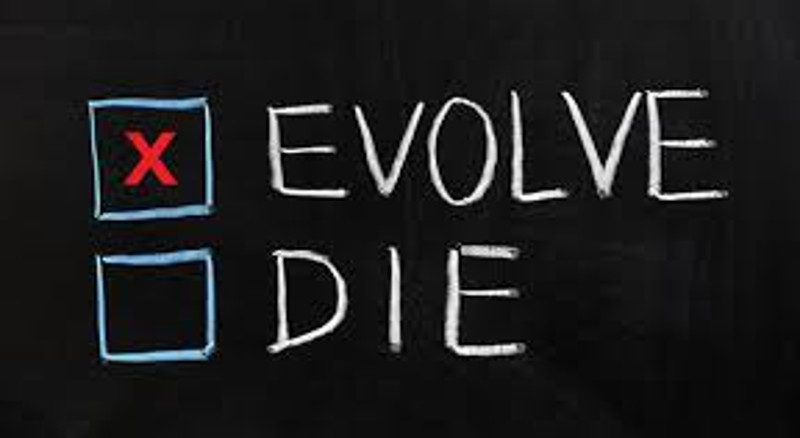 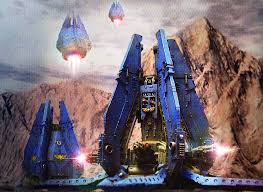 Null Deploy and You! A primer