Hey everyone, SaltyJohn here with a round up of my day 1 at the Hammer of Wrath GT in Pasadena and a quick look at the overall field and standings from Day 1. 58 players were signed up to participate in Hammer of Wrath this year for 2 days and 5 rounds of gaming at Game Empire in Pasadena. The field is made up of some really stiff competition from all around Southern California, but we had some long distance travelers this year including players from as far away as Hawaii! First we’ll take a quick look at my day 1 then look at the overall standings from Best Coast. 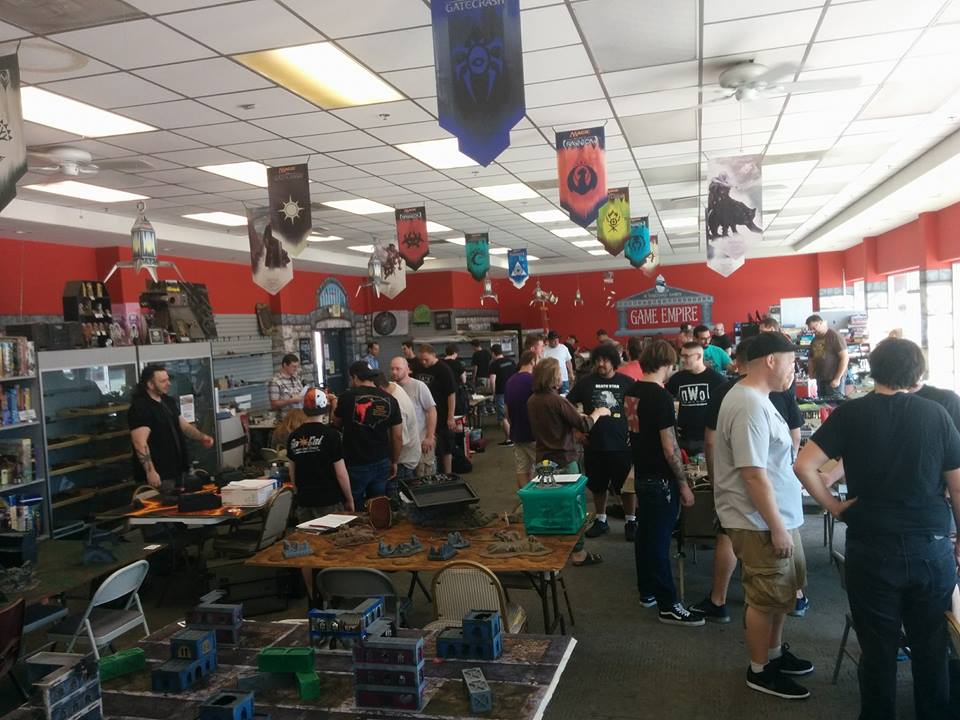 Round 1 versus Eldar, Marines, Culexus. This game may have been one of my worst games I have played with Wolftide, maybe even the worst game of 40k I have played in 7th edition. I allowed my inability to roll the 4+ Invulnerable save, Forewarning, on 13 psychic rolls to get way into my head. I should have practiced a game where the Wolftide doesn’t have Forewarning, so I could be properly prepared. I was also facing Eldar Warphunters with their d-flails which I had never gone against before so I was overly conservative. I deployed the Thunderstar, was going second, and almost got tabled turn 1 when he killed all but 1 librarian from the Thunderstar. The Wolftide stayed off the board until turn 3 then proceeded to by annihilated in a single round of shooting due to his whole army being able to focus on it. 11-0 loss for me, but an early break for lunch! This is why Danny is pretty adamant about Wolf-tide using Azrael. 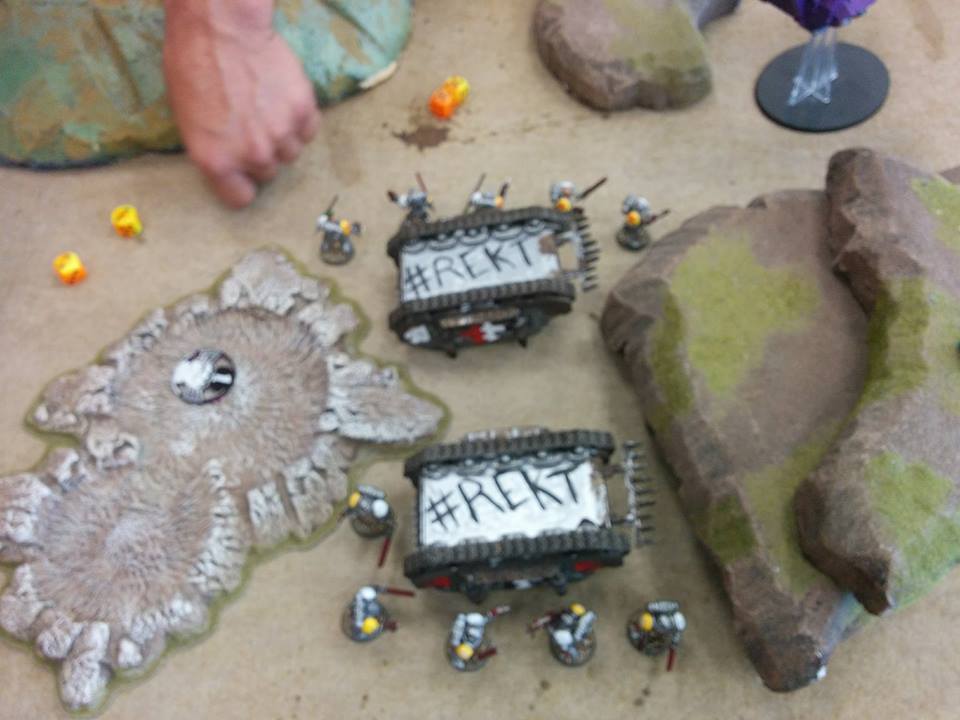 Round 2 I was determined to bounce back from dropping all the way to second to last table. I was paired up against a local player who has a really cool looking Blood Angel army that uses the beautiful Age of Sigmar models (Persecutors) for his Sanguinary Guard. This game was an uphill battle for my opponent as he didn’t have the tools to effectively handle two deathstars. 11-0 win for me. 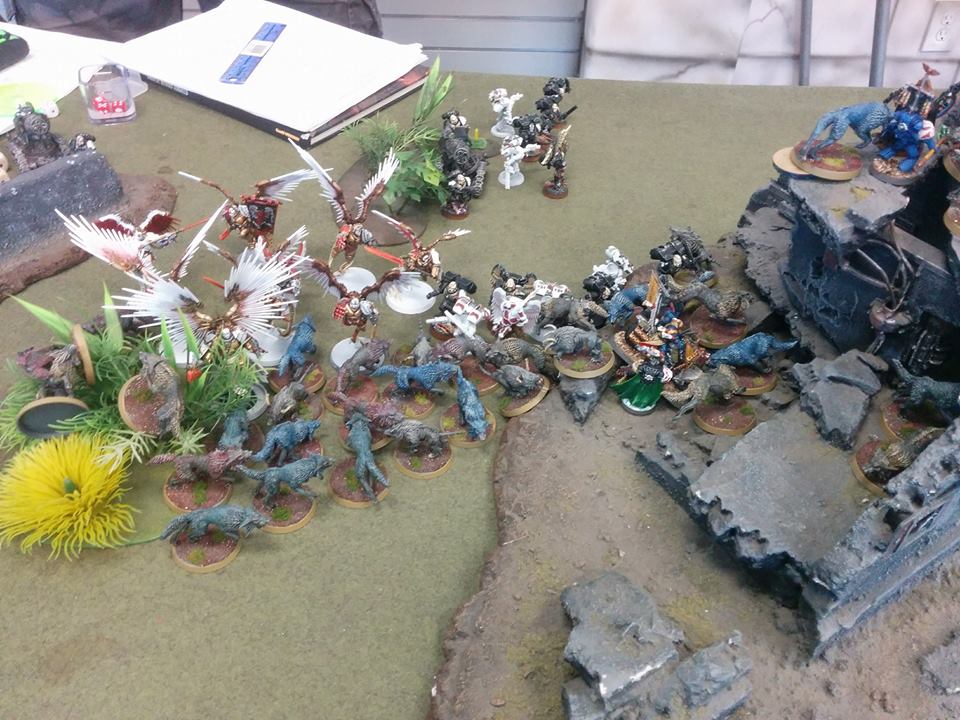 Round 3 I am feeling confident I can turn this all around and get myself to 2-1 on the day. I am up against a Necron list without the lychstar. It is Kill Points and my army on has 11 Kill Points, 7 of which are wrapped up in nigh unkillable death stars this game. I got Forewarning, Endurance, and Veil of Time for the Wolftide and Veil of Time for the Thunderstar. In the end the game went almost to time and we agreed to end it on 5 with me ahead 6-5. Wolftide does not do well with Maelstrom missions that rely heavily on Objectives for scoring points, but thankfully, I was able to pick up a ton of KPs as he continuously fed the Wolftide units to tie them up all game. One of my librarians was able to take out his Destroyer Lord Warlord when he called for a challenge and I had Force up on the librarian’s axe. It was a good game and got me to 2-1 on the day. Don’t call it a comeback! 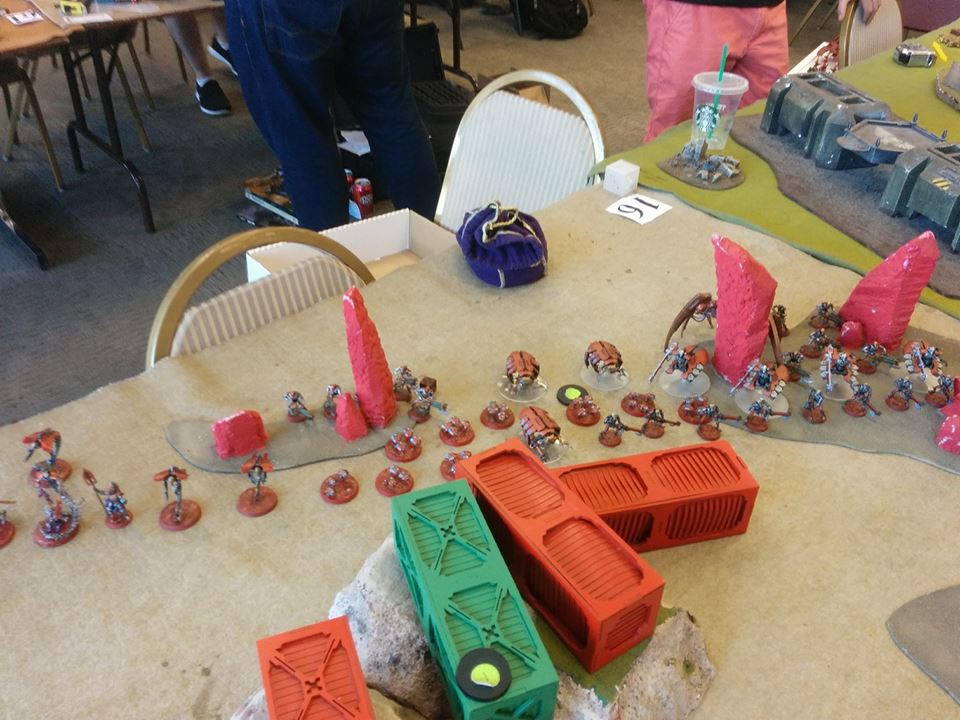 The field as I said is tough competition, and if you look at the Best Coast Pairings, you’ll see a lot of familiar names. Brandon Grant, winner of the Bay Area Open 2016, plays at our events often and he is here with the same list he just won BAO with and doing well again! He’s currently sitting in 2nd place and at the top table round 4 with Mike Kriegler who’s playing Space Wolves. The top ten are made up of 2 Space Wolves, 2 Eldar, Tau, Dark Angels, Astra Militarum, Imperial Knights, Daemons, and sitting in 3rd place… ORKS! I always like it when the top 10 is comprised of a wide range of armies from the game. Not a single Vanilla Space Marine in the top 17, the only Battle Company style build in the top 10 is Brandon Grants DA build and that is hardly a traditional BC build. After BAO and this, I am beginning to think the BC equation has been solved by most players.

Tune back in tomorrow for a wrap up of the final day of the Hammer of Wrath GT. I always post my games throughout the day on the SaltyJohn Facebook page so if you want to follow along there head on over and give it a like.

Editorial: Can you see the Matrix? 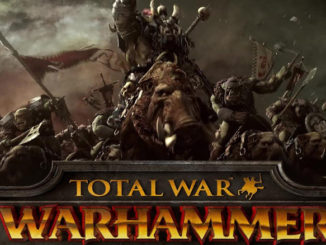