Tommy the T’au Player here, writing my debut post on a hot button topic for some of us in the grimdark:

What in the heck is going on with T’au in 8th Edition?

For those who are unfamiliar with T’au because your local meta lacks some Greater Good, T’au in 7th Edition were a nasty force to deal with. Twin-linked weapons, marker lights giving +1 ballistic skill (BS), ignoring cover, and Interceptor everywhere, rare upgrades for most factions were standard for us. Formations too gave our faction some awesome rules that helped with our native 4+ BS, or extra instances of shooting or guaranteed deep strikes.  T’au also had a lot of firepower and strength focused in several of their units and were able to punish most competitive builds, while only having to really use 3-4 Ripti- I mean units.

Overall, T’au in 7th were a force to be decently feared, though not always in the top tables. While technically one of the more difficult armies to play at the time, they weren’t hard if you chose to use low model count, high damage output lists, such as “Monster Mash”, Surge Stomps, or the utterly abominable Riptide Wing that lead to heretical lists such as T’au Marines or Taudar. These lists abused the old Allies Matrix, and made decisions easier since there were less chances to make mistakes, and with more chances to survive any mistakes you made. I personally was sick of seeing Riptide Wing on every single table, with players stealing the only thing in our codex that was obviously overpowered, and then shoving it into their list with their preferred faction. A lot of people hated playing against T’au, but happily cherry-picked our best formation to help them win.

So when 8th Edition was announced, I was super pumped! People would only be able to play their faction without bastardization, formations were gone, Riptides would be nerfed (something I was initially fine with, but more on that later), and all armies would be balanced. I was honestly excited to see more Dark Eldar, more Orks, and more units that hadn’t seen the field in awhile for all factions. I thought of the competitive scene as this big party that not all factions got invited to, but now the doors were opening so everyone could get a chance.

I bought the index, rulebook, and a couple new units as fast as I could, and started logging in as many games as I possibly could.

But then, as always with 40k, the reality on the field is different then the theories you come up with. Nothing I did worked. Playing in a very competitive local meta, that I held my own in during 7th Edition, I started using combos and units at first that seemed to have synergy, but fell apart at the first sign of a lascannon or a deep striking assault unit. I ran almost every unit in the index at least once, but I saw that regardless of what I did, I was always utterly annihilated; either doomed by not going first, or by dice colder than Fenris. I started comparing my options against other indexes, and saw that almost every faction had a commander option that allowed them re-rolls of 1’s/all misses and in some cases re-roll wounds as well.

All we T’au players possessed were one time Nova effects that were difficult to coordinate or make into a reality. Heavy hitters were worsened by the affects of only being able to take heavy weapons, like Ghostkheels and Stormsurges, or not viable due to the huge increase in points, such as Riptides and Broadsides. In these instances it them became a hard choice of what support systems you had to take, while wanting to take more, and assuming your list could afford any.

Drones that had a different role aside from shooting markers or carbines were easily dispatched as they were considered separate units, making them utterly pointless to bring half the time (see Ghostkheel Drones or Pathfinder drones). The flimsiness of drones too was basically handing First Blood or First Strike to an opponent without question.

Consistency that we once had with Twin-Linked was now gone, and re-rolling ones wasn’t helping as much either, assuming your marker units were still alive. All that T’au had that could consistently deliver were Commanders, hence the recent strain of Commander-Spam we see now in T’au lists.

I’m not shaming Commander-Spam; every faction now has some sort or form of it. It’s a new edition and all factions don’t have their codex yet (excepting Space Marines at this point), so people will take a lot of what is good because good. But once again I felt sad, and this time defeated, that once again T’au had to rely on one to two units. With grim determination, and with enough salt that everyone I knew had heard my schpiel on how T’au were totally nerfed to the Warp, I kept losing games and furiously trying to figure out how to play T’au in this new edition, without hoping that our Codex would fix things, because I didn’t want to get my hopes up.

Then one night having lost 2 games in a row, both on turn 2, I made a list in an angry, joking, “f##k it” manner, and then did a double take at what I had built. Something clicked in my head. I was wrong. I was completely and utterly wrong. T’au weren’t bad; they are actually insanely powerful, but much, much harder to play. To prove the point, the list I had made that night went 4-2 at BAO, and would have gone 5-1 had I not made a dumb decision game 6.

T’au have gotten some nerfs, yes. Riptides and broadsides are too expensive, and Crisis could use a points decrease, but don’t need it as badly. But what I had realized, from conversations with others and playing enough games, was that my approach on how to play T’au was wrong.

In an analogy given to me by another player, each army has a “threat spectrum”. As an example, Space Marines hit hard when played well and with hot dice, and swing low when the player makes mistakes and when dice are cold. However, the low point of that spectrum for Space Marines can be very forgiving, and the middle and high of that spectrum allows SM to be consistent and durable in their games, if not outright unbeatable.

T’au have a threat spectrum too, but while SM has a smaller boundary of how high or low they can swing, T’au have a much wider spectrum. When we make mistakes and when our dice are cold, we get picked apart faster than when a self-righteous Tumblr SJW shrieks a cis-gender patriarchy-loving white male into internet oblivion.

However, when we swing high, we swing higher than most factions in the game, if not more than any faction. The sheer amount of mortal wounds we have access to, the high AP values, gun strength and range T’au have; these tools can blast even the toughest Gulliman-Gunline into Blue Smurf Dust.

The conclusion? You can be a middle of the road player and do well with Space Marines, but to play T’au, you have to walk into each game with the Rocky theme playing in your head and thinking about each and every decision, shot, charge, and dice fail to a degree most players don’t have to. This is not saying that any Joe-Schmo can pick up Space Marines and go high and far in a competitive tournament or game; I have seen Space Marine players make moves that don’t make sense until 3 turns later, and my mind is blown at their brilliance and far sight (hehe).

The true point here is that T’au require that level of thinking from the second you open your list builder, and that you need to constantly exercise your decision making muscles on the field. This means also to learn from multiple experiences, and not just out right dismiss an idea because it failed once. While this seems obvious, it is easy to think “oh this unit died instantly/failed miserably therefore I won’t bring it next time,” when in fact the real issue could have been how you deployed that unit, or what you had that unit target.

In fact, I would even go so far as to say that, with proper list building and deployment, you can always create a game-play situation which will play to T’au units’ strengths, regardless of opponent, field, or mission, and that this is the secret sauce of this faction in 8th.

Remember what Earth Caste scientist Fio’O Edison said: “I have not failed to target a seeker missile. I just found 40,000 ways that won’t work.”

In this article series, I will show how to play T’au from a competitive standpoint, including an overall Tactica, target and charge priority (yes, you read that right!), unit reviews, weapons analysis, and other key ideas that T’au players will need to forge each mission and game into a solid contest of skill. 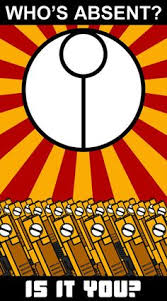 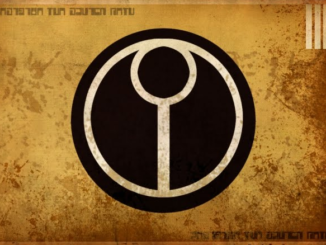 Tommy’s T’au Talk #2: Building a List and Planning Against the Enemy 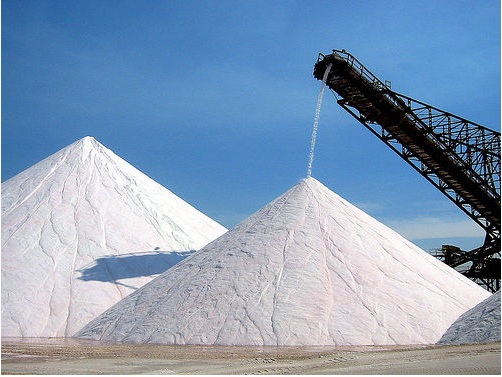