Hey hey, everyone! Danny here, and yes, I missed again, but yah, real life is harsh right now.  So, incase you don’t surf the interwebz for 40k gossip like I do, you may not have heard about the scuttlebutt from SoCal Open this passed weekend. 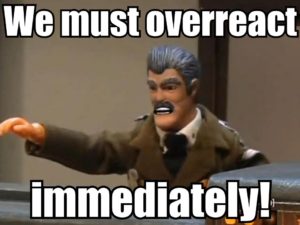 What had happened was…players at the top tables had illegal lists.  Now, let’s be clear here:  none of this was intentional. The players involved are both solid gentlemen that are going to hit the top tables regardless, so this is not about them.  What is this about? Power Level.

Yes, we’ve hit this drum before, and as one of our newest team members, Jeff, so eloquently said: “You’re on the wrong side of history, here”, but nonetheless, I will outline why Power Level can solve a lot of issues in competitive play. 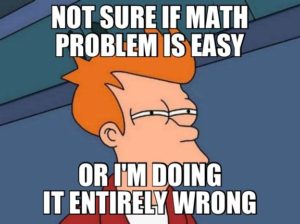 The common argument against the fact that Power Level is a more user-friendly system is that basic math should not be hard for grown adults.  Very few, if any, people argue against the fact that PL is just easier to use to calculate a list, but again, the counter-point here is that we should expect adults to be able to do math.

Here’s the thing: If the two players involved (one of whom is consistently at the top-tables of major, major events and the other who is an incredibly solid player) can make mistakes thanks to reliance on apps like Battle Scribe, then anyone can make these mistakes.  We cannot get dirt in our hair about mistakes happening if our default is to allow a system that has far more human error possibility. It is must easier to add to 100 than it is to add to 2000, and, not to mention, there is no need to factor in other costs with PL.  Finally, you only have to look at one page to see how much a unit costs per PL rather than moving between two or three pages.   It is not that it is impossible to calculate points accurately, simply that it is more difficult, and with this difficulty comes more opportunities for errors like what we saw at SoCal Open.

In short, if we really as a community want to cut down on this issue of over-costed lists, then we need to really consider PL as a viable alternative. 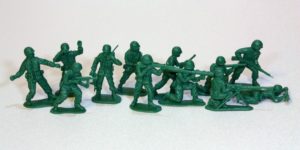 We are already requiring more WYSIWYG

Pretty much all the major events are starting to emulate GW’s tournament packet when it comes to painting and WYSIWGY (What You See Is What You Get).  The LVO and all the GW official tournaments are now enforcing much more strident rules than we have seen in the past, and this matters a great deal for Power Level.

One of the more common arguments against PL is that since upgrades are not bought separately, you can get a lot of shennigans with meltas becoming plasma becoming heavy flamers.  This is fair, but no more fair than it is now with points.  With the commonality of proxies, counts-as, and all that, it is not too hard for a dishonest player to use melta in one game and plasma in another, so long as their points totaled 2000, especially if they are using proxies or counts-as where it may not be entirely clear what makes a plasma gun a plasma gun.  This is why tournaments are moving towards stricter rules regarding WYSIWYG, and by doing so, this really does challenge the argument that Power Level leads to abuse from a modeling perspective.  And really, we should aim to make the game more “readable” from a distance with WYSIWYG anyway, points or PL. If a tournament enforces strict WYSIWYG, then players cannot easily make a plasma turn into a melta as their army list should have any upgrades clearly written, and if the model doesn’t have a melta, then it can’t be used as a melta, especially if the unit entry says “plasma”.

Another common compliant about tournaments is that despite 8th being a far deadlier game, with the rise of hordes, games still struggle to complete.  That’s just the reality: two grindy, horde armies are going to take time to play.  Even if you rock a triple LoW army build, plenty of armies can still bring 80+ bodies to fill the board and play the mission, so it is rare that you are going to find top-tier armies that are sub 20 model count. The thing is, PL can help.

If you look at most competitive lists, they tend to run somewhere in the 105-120 PL range at 2000 points.  You can easily build a 2000 point list that is well over 130 PL.  If we suddenly went down to 100 PL, most competitive armies are losing a unit or two, if not three or four.  Smaller armies means less time to complete a game.  With upgrades now part of the cost, you will also get deadlier games where even basic chumps can start to put heat down.  Yes, some lists are really not going to see much difference in construction, but there are plenty that will, especially the top-tier competitive lists that are built on maximizing efficiency.

So many people complain about games not finishing, so smaller armies is a way to make this happen, and by using PL, you get a reduction in army size but still have plenty of room for people to bring their toys. 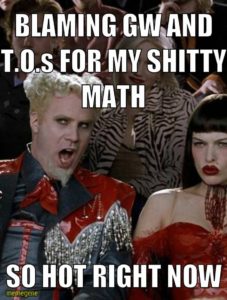 SaltyJohn just went over this, but to add my own comment, most of us can agree that we need to find a solution to the fact that army construction is leading to a lot of improperly built or pointed lists.  It is the player’s responsibility to create a legal list, and as I just covered, using points only increases the opportunity for human error (or malicious error), but if you are dead set against PL, the other options are not tenable.

A TO can do a spot check on 10-20 lists at a local RTT, but that is asking any TO to be an expert on every army in the game.  To accurately check a list, you need to have in-depth knowledge of the index, the codex (if applicable), and the GW FAQs.  That’s a lot of information for a single faction, and now imagine Chaos or Imperial soup armies.   I can likely spot the errors in a Tyranid/GSC list because I have put in a lot of time to those armies, but I would not be comfortable saying that I could be anywhere above 80% sure of my assessment for a lot of other armies. The game is still too new, too many FAQs are dropping, and too many new books are coming out for any single or even small group of TOs to be able to offer assurances of even 95% accurate vetting.  Also, if you think it is easy to check even 10 lists, then you’ve probably never ran an event, and well, what about an event like LVO with over 300 players?

So, why not crowd source? Well, in theory, that works out since you can get 3 die-hards for each faction, and well, they’ll catch it, right?  The problem with this idea is not that it does not work in theory, but quite simply, it fails in practice.  The SoCal Open lists were up for all to see, yet no one seemed to catch any issues until we started seeing top table play when people actually cared. It may sound mean, but it is human nature to focus on the celebrity, so the lists that are going to get real scrutiny are those piloted by big names, so if you are not quite nerd-famous, you are likely not going to get much discussion around your list.  There also needs to be a database maintained where spectators can mark which lists have been vetted, how many times, and any possible issues flagged.  You also need someone to manage this and essentially force a crowd of volunteers to look over lists that have been neglected, which may not happen.   You can’t just have one person check a list as again, human error, you need at least 3, but what happens when only one person checks a list? Is it invalid?

And also, let’s be real, what if the error is in BattleScribe or any other army builder?  What if the people checking rely on that system too?  Again, good idea in theory, but it really doesn’t work well in practice.

So, with that in mind, PL is a more effective and immediately actionable solution. 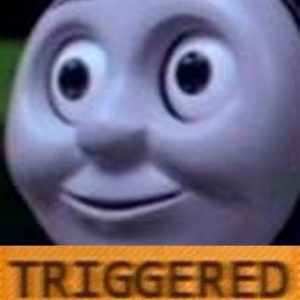 To sum it all up, Power Level may be the cure for what ails us, at least in the short term.  GW has promised an army builder and list validation system, but who knows when we will see this.  Also, what happens if it only uses PL?

In any case, Power Level is an immediate remedy, and while not a perfect one, it is one that will help solve several issues at major events.  It doesn’t require anything but a change in mindset, and there is no additional cost in time, money, or services for players or TOs.  Hopefully, a larger tournament will take the heat and break the wall to introduce a competitive event that using PL instead of points.  If so, I would not be surprised to see an event with no “controversies” at the top tables and no improperly pointed lists.

Thanks as always for reading, and you know the drill.  We have a small media empire, so come enjoy it:  Facebook, Twitch, YouTube, and Patreon.