Hello everyone, Danny here again with another recap of the 40k 8th edition Q&A, part 2.  If you want, check out our coverage of the first Q&A as well. 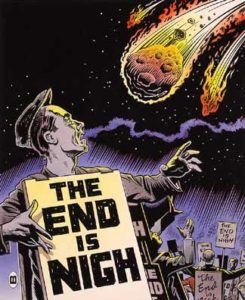 Q: What is a Primaris Marine?:

A: New generation. Started 10,000 years ago for a new, improved version. Blended the gene-seeds together.  More specialized and very focused on tasks.  Primaris are only trained to do one thing specifically.  Other types coming.

Q: What is the Indomintus Crusade?

A: Crusade to unify the Imperium and put Chaos back in check.  Ultima-Founding: New chapters of Space Marines but only Primaris marines. Also, all xenos were mentioned as going crazy and causing trouble as well. Rowbooat wants to gift the ability to create Primaris marines to chapter masters of other chapters.  They can be selected by recruitment, not just pod grown. Existing marines can be “upgraded” to Primaris.  You can easily add Primaris marines to any existing Space Marine army or create your own entirely Primaris army.

A: Who knows? Mk X armor is flexible.  Not going to say too much.

Q: How long has the decision taken to come up with changing 8th?

A: Years. Takes a good deal of time. Playtesting. Overhauling. In the future, how three ways start to specialize. Loads of new stuff for each way to play.  Listen to feedback and update each as people respond to them.  (Living ruleset!). After launch, will continue to play-test.  Also for Narrative and Open play.

Q: Will there be Army parity?

A: We extensively play tested. We have the ability to react to feedback.  Dark Eldar is much stronger. We can readjust power level with points or rules updates. It is an ongoing process, and we have lots of outside contacts.

Q: Does the average citizen know Rowboat is back?

A: Him showing up means something is terrible going on, so it is not good for him to be around most places. Most high level people know, but not necessarily many others since life sucks in the Imperium.

Q: Are all Primaris from Mars?

A: Only the first batch. Everyone else can make them now.

Q: Is shooting stronger than combat? How can we tie up things in combat with chaff?

A: Lots of different ways, different for each faction. All have different tricks. When you hit, you hit harder and do more damage. Pile-in and multiple engagement.  You can surround a unit to keep them from falling back.  Special rules.  Most units are quicker now. Stormboyz are going to get on you quick. Consolidate from one combat to another, and most units cannot shoot when they fall back. Melee armies have tools.

Q: How do weapons that affect initiative work now?

A: Lash-Whip (interrupt combat).  Powerfists are -1 to hit, not initiative 1.  We simulate some unwieldy weapons in some ways.  For weapons that make you fight quicker, they are there in weapons, everything is unique.

Q: How are psychic powers selected?

A: You choose them or you can roll (just like AoS).

Q: Is Perils of the Warp still a thing?

A: Yes. You will suffer damage if you suffer Perils in form of mortal wounds.

A: No. (damn, Gina) The battle-forged army section can do just about anything.  Army specific stratagems will come out instead.  Any current army will fit into battle-forged.  The way you tailor it is by command points, and more stratagems if you fill a detachment from a specific faction.  They will be cool. Imperial Fist have one to help them bring down fortifications and White and Scars can hit and run.  You can select slightly different units by spending strategy points so you can break the Force-Org a bit.

Q: Game bonus for entire army of only one specific keywords (like BA)?

A: Yes. Each detachment has to share one keyword. Can have pan-Imperium detachment, but you can only use the 3 standard stratagems.  If you take all Imperium plus SM, you get access to SM stratagems.  If you go to specific chapters, get another layer of stratagems to use.  Encouraged to build a detachment for command points and use extra strategems.

Q: Will data sheets have rules that supersede reserve rules like all drop pod armies?

A: Not in Matched Play rules.  In Narrative, of course.

A: All transports have capacity but not unit restriction. They do specify what they can take through keywords.   You can put 2 10x man squads or 10 characters.

Q: Snipers can target characters, how can I protect them?

A: A few ways. Almost all command squads have special abilities to absorb damage for characters. Hive guard for example. Deploy characters in the middle of the army.  Keep them wrapped. Heroes need to be worried about travelling up the board, not hiding.

A: Toned down. No auto-choices for weapons.

Q: For competitive players with combos and optimized builds, what does this edition offer?

A: Matched play is all about competitive.  Keywords have a lot of synergy and combos along with stratagems adds a whole new level of the game.  Can pick powers so you can build those combos.

Q: How will explosive weapons be portrayed?

A: More shots and more damage.  Battle-Cannon still does work.

Q: What are invul saves?

A: Same as 7th.  Cannot be modified. You can choose to use invul or armor save. There are also Special abilities that kick in after wounds are suffered like Power from Pain: on a 6, they come back.

Q: Will huge monsters be able to kick butt?

A: Yes, they will.  Faster, good save, a lot of wounds. Hit hard in combat.

Q: How does wound allocation work?

A: Back to defender chooses as you see fit.

Q: Can I play an entire army of dreads?

Q: How many skulls does an average Primaris have on his armor?

A: Not sure. Personal choice.

Q: Will Legions proper come back? Will the Codex Astartes be rewritten or abandoned?

A: Maybe new ideas in the future. Rowboat did write it afterall.

Q: Are Nids still going to wreck close combat? (did we ever in like 3 editions?)

Q: Can a Primaris be corrupted by Chaos?

A: Designed to be more resilient. But who knows? They are untested.

Q: Is there any reason to play SM over Primaris?

A: Yes, they are very different. SM have much more flexibility.

Q: Will we have new powers?

A: Bit of both. Mind War and things will stay. If it is part of the IP in a major way, it will stay. May change, but there will be old favorites and new favorites.

Q: Will units be adjusted by feedback and how is it collected?

A: Facebook, a  “live FAQ”:  Community can up and down rulings or questions.  Talking to events. Twitch. In future, dedicated forum-esque thing. Will continue to be involved with tournaments in many ways.

Q: Andy are you coming back to (some British town maybe?) at some point?

Q: Does Pete thin his paints?

A: Yes, everything will go through playtesting.

A: Well, a cowled one soon enough. (Mortarion)

Q: Where is Perturabo?

Thanks everybody, and be sure today, the 18th of May, to check out Salty John inevitably get frustrated at playing Blood Bowl with Adam at 8 PM! Also, requisite Patreon bump. 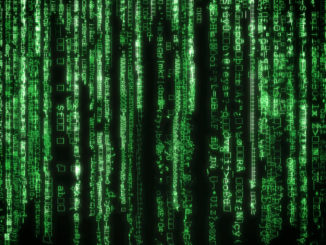 Index army? What can I do?